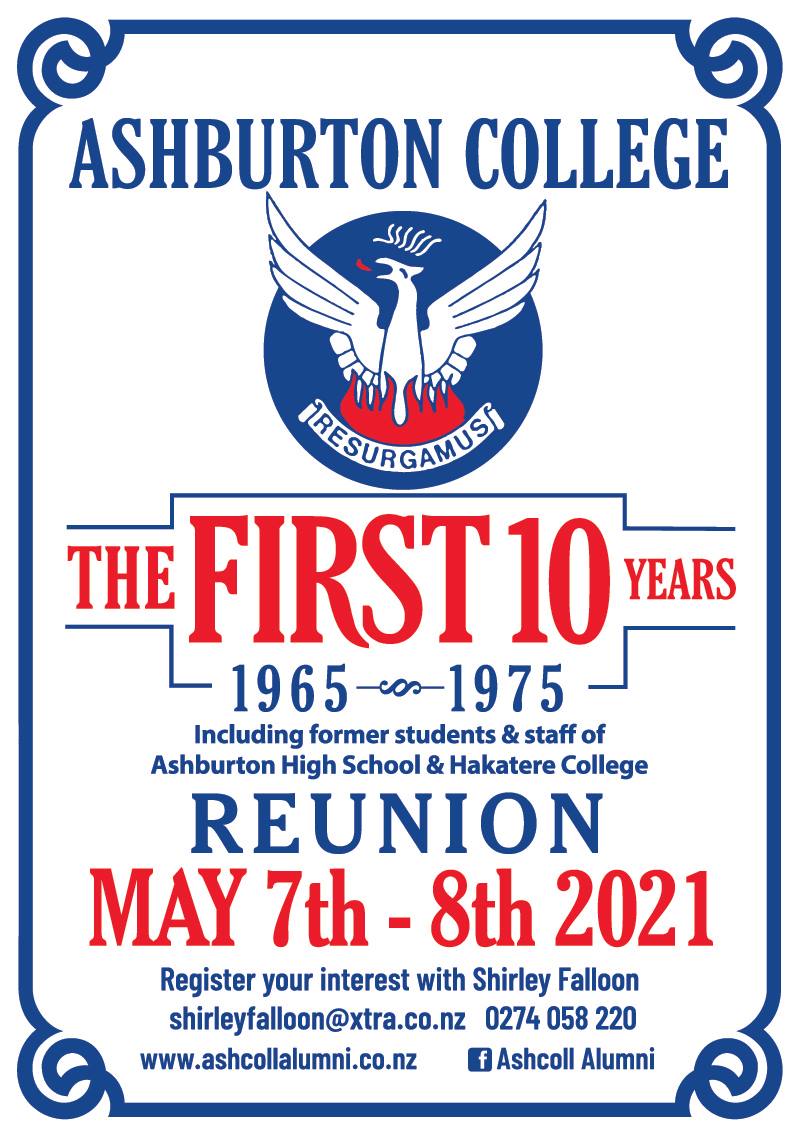 “The brainy class”  as someone referred to them recently or the 3L AshColl intake of 1970 had a class reunion earlier this year.  I contacted four class members to delve into their memor [ ... ]

Brittany Fowler Shirley Falloon spoke to Brittany at Ashburton's A&P Show. What impressed me SO much about this young woman was her quiet confidence and resolve.  Brittany attended College  [ ... ]

Being a first-day pupil at the College in 1970 saw Lois as roll monitor which, although that roll was no problem, it was finding her way around the "huge college" to the office that she found "petrify [ ... ]

Most dedicated staff member' for past pupil Neil Keenan must surely go to the College caretaker in the late 80s who went 'above and beyond' holding Neil's and mates' ciggies in his pocket to avoid cer [ ... ]

A  reflection from Juliet Hooper We caught up with Juliet at the A&P Show recently.  She had a look at our photo boards and although she didn't find any of herself, she did recognise a  [ ... ]

The history of Ashburton College is comparatively short when viewed next to the histories of other Canterbury secondary schools. However, in the half century since Ashburton College’s inception in 1965, thousands of students, teachers, parents and other supporters have shaped Ashburton College into the highly successful co-educational school it is today.

Thus the Latin maxim underneath the College insignia, the Phoenix, chosen by Dr. Ronald Baker –